In the movie Finding Forrester, teenage Jamal is surprised to discover that famed writer William Forrester reads The National Enquirer.  Forrester says he reads the New York Times as his main course but the Enquirer is dessert.  I understand that thinking.  I’ve studied and taught classics for decades but I also enjoy reading fluff in addition to lots of different genres.  there are fluffy films as well as fluffy books.  We can learn from fluff.

Fluff relates to today’s blog post title.  It’s a term from the film Dazed and Confused.  The film is set on the last day of school in 1976, the time I graduated from high school.  It’s fun to look at the cars and fashions.  Though many characters smoke weed throughout the film, I was oblivious to that back then.  However, I was well acquainted with kegs and beer drinking.  Loved keg parties.  “You gotta do what Randall Pink Floyd wants to do man,” says Wooderson in the movie.  It’s advice for being true to one’s own desires.

Even though I taught at my alma mater for 25 years, I’m certain that I progressed emotionally and intellectually from being in high school.  My high school experience doesn’t define me.  Actually, I’m disappointed that I hung out with some people who turned out not to be nice people.  It’s all part of a learning experience.  One chooses to learn or does not choose to learn.  Plenty of folks remain stuck in that high school mentality, still riddled with angst and mired in their snobbish nastiness.  The joke’s on them, though.  They’re very impressed with themselves.  Most people are able to see through it.

My high school was full of cliques, it still is.  Cliques were exemplified in The Breakfast Club, one of John Hughes’ epic coming-of-age films.  Stereotyping and cliques are an integral part of all high school experiences.  Let’s face it, we don’t know what is going on in anyone’s life at any given time.  We also don’t know how our attitudes and beliefs are affecting others, especially if those beliefs have been determined through use of misinformation.

Think about those stereotypes and then think of how those folks have turned out.  There are plenty of kids who were on the outside looking in who are now very successful.  Some of the popular kids have turned out well, but not all.  And just because one is a success, judged by today’s standards of wealth, etc., doesn’t mean he or she is a nice person.  I know I spent four years trying to “fit in.”  Yes, I made good grades, I played sports, I had friends.  Ultimately the friends I worked so hard to “cultivate” ended up rejecting me at the last.  And I rejected some people who tried to be my friend.

Thankfully a few of my friends exemplify the definition of “friend” and we remain friends to this day.   One of them spent the day with me yesterday while my boyfriend underwent bypass surgery.  That’s what friends do.  And they don’t give a hoot if I’m sporting a tennis bracelet, a large diamond ring, driving a luxury car and living in a McMansion.  They don’t mind if I’m dressed in jeans and knock-off boat shoes, don’t wear makeup or if my Fossil handbag is five years old.  They know what’s on the inside (not of my handbag).

Jamal, the Breakfast Club kids, and those from Dazed and Confused navigated their teen years ducking and confronting stereotypes.  Just keep livin’.  It’s a choice.  Be true to yourself and be what you are.  Live life on your terms and stop living out your teen fantasies. 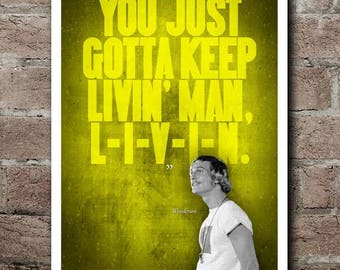 A self-described forensic junkie, Beth Anderson spends her days shaping young minds to ask critical questions and wonder “whodunit.” Beth resides in the Capital District of New York and spends her free time reading and solving the great mysteries. Her love of swimming, tennis and sports provides the basis for one of the lead characters in her new book The Quarry’s Child. Beth is one of the founding members of the Upper Hudson Valley Chapter of Sisters in Crime (aka Mavens of Mayhem), a graduate of the FBI Citizens Academy, a survivor of a visit to an active aircraft carrier while it was at sea, and a published poet in Soundings, a literary journal. Beth continues to instill a love for mystery fiction in her students as she has for over twenty years. Photo credit: Quinn Mulvey
View all posts by thequarryschild →
This entry was posted in challenges, friendship, independence, inspiration, life lessons, Struggles, thoughts and tagged bullying, friends, independence, maturity, Phonies, school, stereotypes. Bookmark the permalink.