Posted on January 30, 2018 by thequarryschild

As most of us know, we can plan, plan, and plan some more.  And, as most of us know, plans don’t always work out.  I adhere to a firm belief that things happen for reasons so when things don’t pan out as I feel they should, I force myself to stop and take a deep look at the big picture.  In other words, God is trying to tell me something and I darn well need to stop and listen.

Don’t believe me?  You don’t have to but I know it’s true for me.  Case in point:  January 1977.  Midway through my freshman year of college, I was working and partying my way through the semester break.  I was young, healthy, had no clue what I wanted from life, but was attacking life in a willy-nilly fashion.  I’d just spent a semester carrying a full load of classes, working at least 30 hours per week, was trying to find my way in a college environment ill-suited for me and hanging with a whole new group of friends.  As one who chose to live home and go to college, my high school “friends” who went away to college seemed to forget I existed.  Knowing I was financially responsible for my college education, I spent most of my free time working.

Unbeknownst to me, I had just navigated a very difficult emotional few years and was ripe for disaster.  I chose to go out with some former high school friends, I was sooooooo thrilled to be included, even though I was not feeling well.  We went to a couple of bars, passed a can or two of beer between the six of us in the car, and had the kind of fun night that 18 year olds have.  The next day I visited my school’s campus and bought my books for the upcoming semester, then I went to work.  I still didn’t feel well but that’s life.  Within the week I would be diagnosed with mononucleosis, a rather serious case it turned out to be, complete with jaundice and a distended liver.  My exceedingly busy life came to a screeching halt.  I’d attended exactly one day of class for the second semester.  I wouldn’t be back in a classroom until the following autumn.

Threatened with a hospital stay, I assured the doctor I would be a model patient.  It wasn’t difficult because I was only awake for about one hour out of the day.  It was just past midterms when I was deemed healthy enough to go back to school.  Really?  How was I supposed to do that?  I accepted the semester was a wash, had no social life and didn’t know what to do.  I did what I do best, I read.  Since I read quickly, I went through the entire Agatha Christie collection within a month.  Then I discovered the work of Mathew Brady, the revered Civil War photographer.  It took all of my strength to peruse those huge books containing the collections of his work.  The tone of the photographs matched the bleakness of my outlook on life during that time of illness.  But after weeks of quiet rest, countless blood tests, and hours of introspection, I came to the disturbing conclusion that I was not happy with my life.  Well, I had plenty of time to think about how to change it.

When mid-April rolled around, I had formulated a plan.  It involved working full-time for the remainder of that semester to save even more money so I could transfer schools after two years.  As time passed, the plan became more specific but it was conceived during that time of recuperation.  It had taken a major event to allow me to stop and evaluate my life.  That isn’t to say the resulting decisions I’ve made have been stellar but I always learn something from these episodes.  This has happened a handful of times in my life.

It’s happening now.  Approaching this shoulder arthroscopy with a cavalier attitude, after all I’d had the other one done a few years ago and it wasn’t bad, I figured I’d be up and running within five days.  Yeah, well, I’ll have some coffee with that crow, please.  As much as I can plan for things, I again forgot the lesson I’ve learned from the esteemed poet Robert Burns:  “The best laid schemes o’ mice an’ men/Gang aft a-gley.”  No matter how carefully I’d planned, I forgot to figure in the x-factor, or the great unknown.  What I didn’t make much of an allowance for was pain.  The other one wasn’t terribly painful.  This one is.  Overall, I deal with pain quite well.  This time it’s knocking me for a loop.  Taking pain meds and driving are mutually exclusive.  I live alone.  Hadn’t factored in the non-driving circumstance.

The upside is I’ve had loads of time to reflect.  I’m so thankful to have a man in my life who seems thrilled to help me.  And he even understands that I have difficulty accepting help.  And he keeps returning even after I’ve had a meltdown, cried, yelled, and used language that I didn’t even know I knew.  This generally happens in the late morning after the shower is taken.  It’s not pretty.

But it’s canceled out by all of the good.  My neighbors and friends have overwhelmed me with meals, treats, and flowers.  I’ve had several visits filled with laughter.  And I’ve had plenty of time to reflect on the current state of my life and what needs to be tweaked.  Overall I’m very grateful that my period of convalescence will not be lengthy and that I’m so lucky not to be dealing with a far more serious issue as many people are.  Most of all I need to remember to be thankful and humble and patient.  And I need to remember that any plans may be disrupted at a moment’s notice. 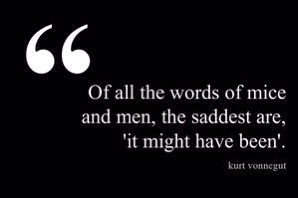 A self-described forensic junkie, Beth Anderson spends her days shaping young minds to ask critical questions and wonder “whodunit.” Beth resides in the Capital District of New York and spends her free time reading and solving the great mysteries. Her love of swimming, tennis and sports provides the basis for one of the lead characters in her new book The Quarry’s Child. Beth is one of the founding members of the Upper Hudson Valley Chapter of Sisters in Crime (aka Mavens of Mayhem), a graduate of the FBI Citizens Academy, a survivor of a visit to an active aircraft carrier while it was at sea, and a published poet in Soundings, a literary journal. Beth continues to instill a love for mystery fiction in her students as she has for over twenty years. Photo credit: Quinn Mulvey
View all posts by thequarryschild →
This entry was posted in challenges, faith, Health and tagged challenges, humility, lessons, reading, reflection, Thankfulness. Bookmark the permalink.